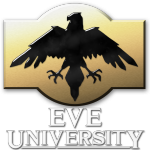 These new corporations have been created to fill the gap in the marketplace for non-English-speaking training groups covering all aspects of EVE, and will leverage the existing structure, resources and training materials of EVE University. Each will have their own language specific communities, classes and events, but will combine forces for fleet operations as part of the Ivy League Navy.

Each individual corporation will be run by its own Director of Operations, reporting to E-UNI CEO Kelduum Revaan with staff filling critical positions below them. Native speakers of German, Russian and Japanese are currently being sought to assist in staff positions and localizing various materials.

Kelduum stated: “For some time EVE has been lacking localised equivalents of EVE University for non-English speakers, and with our resources and alumni network, it makes sense to utilize this to bootstrap the relevant corporations.”

Each of the new corporations are expected to open individually in the next few weeks, dependent on staffing and other resources, and are expected to launch with E-UNI’s existing programs of classes, mentoring, ship replacement, hangars and skillbook reimbursements, among other resources provided to new players.

If you would like to assist and are a fluent speaker of German, Russian or Japanese, please either EVEmail Kelduum Revaan or email kelduum.revaan@eveuniversity.org for more details on how you can help.

EVE University is is a neutral training institution in New Eden. Founded in March of 2004, EVE University takes in pilots who have a desire to learn more, and train them in all aspects of EVE Online, allowing them to be fully capable of making a name for themselves in the galaxy.  For more information about EVE University, see http://wiki.eveuniversity.org

This website uses cookies to improve your experience while you navigate through the website. Out of these, the cookies that are categorized as necessary are stored on your browser as they are essential for the working of basic functionalities of the website. We also use third-party cookies that help us analyze and understand how you use this website. These cookies will be stored in your browser only with your consent. You also have the option to opt-out of these cookies. But opting out of some of these cookies may affect your browsing experience.
Necessary Always Enabled

Any cookies that may not be particularly necessary for the website to function and is used specifically to collect user personal data via analytics, ads, other embedded contents are termed as non-necessary cookies. It is mandatory to procure user consent prior to running these cookies on your website.